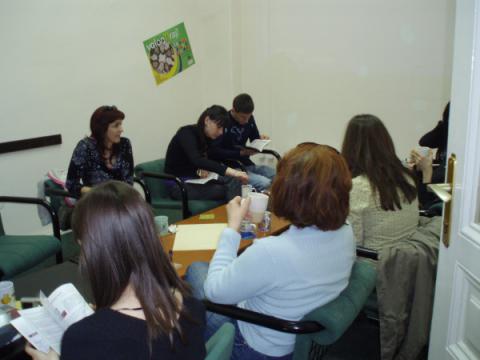 Workshops for new Green Phone activists were held in Serbia and Bosnia and Herzegovina from March 28th to March 30th in Novi Sad and from April 11th to April 13th in Mostar as part of the Spreading the Green Phone Network project.

There were four lectures held:

Lecturer: Ana Bajsić, ZEO Nobilis (Čakovec)
Topics: What is local self-government, Who does the inspections and monitoring, How does the inspector react in case of breaching the law or the adopted regulations and what are his rights and obligations, Individual inspection activities, What are public utility charges, Activities and powers of the municipal service monitoring officers, Discussions about practical examples

Cooperation with the media

Lecturer: Dora Radosavljević, EK Franjo Koščec (Varaždin)
Topics: examples of cooperation between the association and the media (radio, daily and weekly newspapers and TV in particular), as well as examples of resolving reports of illegal construction, participation in preparing the materials for the Sv. Ilija Municipality spatial plan and promoting the "Save the Drava" campaign by organising a stone skipping contest at a European level

Cooperation with the citizens

Lecturer: Duška Perić, Environmental Society Žmergo (Opatija)
Topics: Instructions and rules on cooperating with citizens, Examples of good practice (resolving problems reported by the citizens in cooperation with the association)

Cooperation with the business sector

Besides the lectures, a press conference was held during which the Green Phone Address Books were presented.
Find more information about the Address Books on the Network's website under Publikacije.