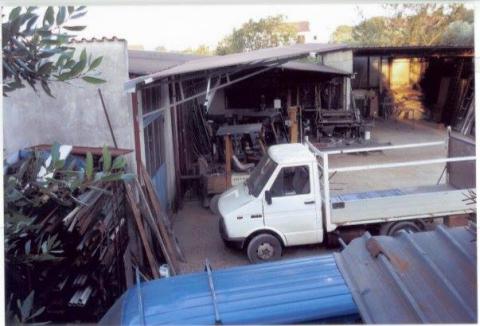 We recently received three reports via the Green Phone of Green Istria that have a common denominator - it is about crafts for the processing of metals and plastics, which are located in residential areas.

Reports arrived to us from the area of Labin, Tara and Cerovlje, but other similar cases in the County of Istria are known to us. Citizens complain about the “long-term, everyday exposure to intolerable noise, air pollution by unpleasant stench of metal dust, paint and varnishes, circulation of heavy trucks, breathing plastic resin, working after hours, on weekends and on public holidays ...” We forwarded the reports to various inspections.

We reported the noise to the Sanitary Inspection, air pollution to Environmental Inspection, and we informed the Administrative Department for Sustainable Development of Istria County and local government units of all cases. The citizens reported the cases themselves to relevant inspections but without any results because the crafts allegedly operate in accordance with permits. That is to say, they often turn off the machines outdoors, reduce the noise and the like when the inspection comes.

The citizens complain that they often work in the evening hours and on weekends. A constructive proposal of citizens in these cases is to relocate the economic activity, which is commercial, manufacturing and predominantly craft, outside the residential and tourist zone. All these crafts are working in accordance with the spatial plan, according to the information received from the municipalities and cities on whose territory they are located. And our question whether such economic activities could be relocated and clustered into economic zones, we received the answer form the County which says that the “Department of Sustainable Development fully supports “clustering” of industrial and similar production activities in industrial zones of cities and municipalities, but there are no regulations on the basis of which the companies and/or crafts which fully operate in accordance with applicable regulations can move to, so to speak, more appropriate location, nor who would bear the cost of such relocation ...”

Judging by these cases, it appears that private action may be the only way to protect the citizens from harmful “emissions” because it is very difficult to prove that the crafts are not operating in accordance with the law.