Lack of the system of public sewerage for wastewater 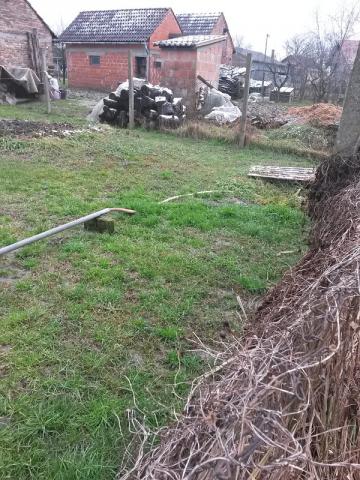 A huge problem encountered by almost all of the smaller cities in Slavonia is drainage, i.e. a partial or complete lack of the public sewerage system for domestic waste water.

On the greater part of our counties septic tanks are in use, which, by its capacity, often do not satisfy needs, and often are "cleverly" designed and made with a porous bottom, so that they do not have to be discharged often.

The information we receive via the Green Phone on the situation on the ground is alarming; there are more and more "resourceful" individuals who discharged domestic waste water to nearby fields, uncultivated parcels, channels or directly into abandoned wells. These same people do not think about how much waste water discharged into the well may jeopardise the quality and also the health safety of water in our glasses. Disturbing is the percentage of citizens’ inquiries in relation to this issue. We recently received yet another of a series of reports to the Green Phone of the Association Zeleni Osijek related to the pollution from illegal discharge of waste water.

Private property in Valpovo has been neglected for many years and served nearby neighbours as a "solution" for wastewater. According to the callers, the neighbours, despite pleas and warnings by the municipal services monitoring officer, still continue to discharge their wastewater on his property via improvised "drainage" systems because of which his yard literally swims in sewage. Photo and video materials are attached to the report. Seeing that by these procedures the neighbours violate the provisions of the Water Act and Article 67, and are subject to misdemeanour provisions of Article 241 and Article 42 of the Sanitary Inspection Act and thus interfere with the notifier’s use of his own property which has become uncultivable due to such a large amount of water, we contacted the Sanitary Inspection. We received feedback that the inspection was carried out.

Adequate disposal of waste water was ordered. The notifier has informed us that the problem is currently resolved and hopes that he will be able to rehabilitate his property as soon as possible, and thanked for the help.