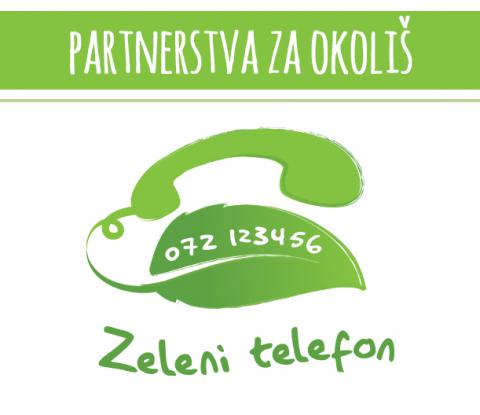 Members of the Network, within the project “Partnership for the Environment: Capacity Development in the protection of the Environment in the Public and Civil Sectors in Croatia through the Utilisation of the Green Phone Service Network” developed an analysis of calls for 2014 and 2015. During 2014, the members of the Network received a total of 2,994 reports.
Table 1 shows the number of reports by category and the total number for each association individually, as well as the total number of reports by categories on the Green Phone Network.

Table 1, Reports received by type of problem and by member associations in 2014. Chart 2, Reports received by categories in 2014. Table 2, Reports received by type of problem and by member associations in the first half of 2015 Chart 3, Share in the received reports by category in the first half of 2015 Reports according to the role of Green Phone

The most common problems that occur during the cooperation are:

And among citizens, a significant lack of trust in public authorities is also observed, which we consider justified because, as stated above from the work experience of the Green Phone, public authorities often do not respond to received letters (reports) or they respond after multiple rushing and warning because of the obligation which have under the Freedom of Information Act.

We assume that the causes of these problems are:

On the other hand, there is cooperation estimated by the Greens Phone activists as excellent. Most often it is cooperation with the private sector, the city utility enterprise, and small municipalities. They respond promptly to inquiries, always provide feedback and any supporting documentation as well as access to the entire process, they are open for cooperation, very often with common problem solving turned into cooperation, they are transparent in work, if the report is not within their jurisdiction, they forward it to another competent service on their own, make field visits and perceive the Green Phone as a service that offers them help. In small municipalities, decision-makers are part of the local community, and the fact that it is a small territory brings to the personalised solving of the case. Very often an excellent rate for the cooperation with certain services is given exclusively because of individuals who are doing good work and who are always available and always provide information. “The content of this article is the sole responsibility of Pan, the Association for Environment and Nature Protection, and it shall not in any way be deemed to reflect the views of the European Union and the Croatian Government Office for NGOs.”

«“The contents of this text are the sole responsibility of Environmental association Pan - Karlovac and can in no way be taken to reflect the views of the European Union or Croatian Government Office for Cooperation with NGOs“.»