Land reclamation - burning issue which is growing day by day! Are we aware of it? 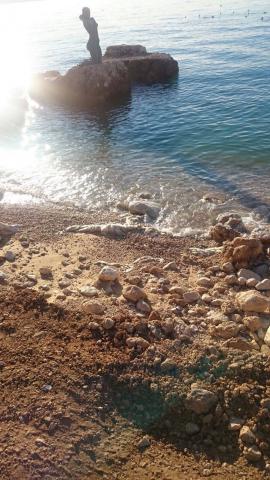 The Dalmatian area more frequently encounters problems concerning land reclamation. With the growth of the tourist season, and thus by the possibility of greater earnings, this problem becomes more pronounced.

So, over the past year, we received sever cases of land reclamations concerning the coast - beaches, promenades and the like via the line of Green Phone of the Association Sunce.

A few days ago we received another such case that came to us from Podgora. In fact, this is about the reclamation of the beach with earth (where the contractor often uses construction waste) which then enters to the sea.

We think that it is understood that this is a maritime property and that any such action thereon is explicitly prohibited. However, it is important to point out here that the provisions concerning the preservation of the maritime property can be found on several occasions in a positive legislation of the Republic of Croatia, which sufficiently testifies to its extreme importance.

Maritime property is under a special protection of the Republic of Croatia, namely under Article 3 of the Maritime Demesne and Seaports Act (OG 158/03), among other acts governing this issue. Based on a received report, the legal team of the Association Sunce acted by contacting the competent institutions. The case is currently pending and we expect that it will be resolved soon. You can see the photos of the disputed filling in the annex.