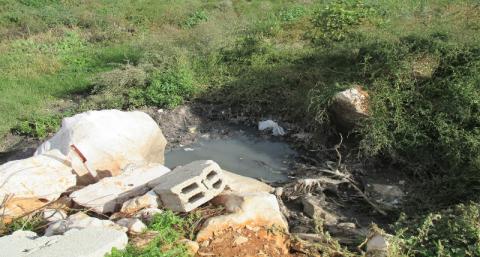 We have received a report from the resident of Posedarje concerning the unloading of faeces in the open pit having a diameter of 20 x 20 in which the septic tanks are unloaded from all the surrounding villages, and unbearable stench spreads around the village (especially because the pit is open).

Other than the open pit, there is a large open dump all sorts of waste on the same location. Environmental Inspection will conduct inspection supervision within its jurisdiction, and the response of the Ministry of Health states: “... On 30 October 2015, the Sanitary Inspector of the Ministry of Health conducted inspection supervision in the premises of the Municipality of Posedarje in the presence of the Mayor of the Municipality of Posedarje.

On this occasion, it found that in the area of the Municipality of Posedarje no municipal services are formed, nor, as prescribed by the Utility Services Act (“Official Gazette” no. 36/95), the Municipality in question adopted the Decision on waste water disposal, the Decision on the location for emptying the tank trailers for the collection of the content of septic tanks, nor does it have its own plant for performing the said utility service, nor it awarded the concession for performing thereof to another legal or natural person. Due to the above, and on the basis of Article 24 of the Sanitary Inspection Act (“Official Gazette” no. 113/08, 88/10) and Article 18, paragraph 1 of the General Administrative Procedure Act (“Official Gazette” no. 47/09), the report was forwarded to the Ministry of Agriculture, Water Management Directorate, Sector of State Water Rights Inspection Service, Administrative Supervision and Appeal Process, Administrative Supervision Service, Ulica Grada Vukovara 220, Zagreb to act within its competence ...”